Flying the F4 E aircraft in Alaska was especially challenging, given the unforgiving terrain and the wide range of temperatures that the birds operated under.  The winter of 1970-71  was the first winter that the F-4E aircraft were exposed to such an extreme climate. Many new and peculiar problems were encountered as a result of the cold weather. Hydraulic, pneumatic, and engine problems plagued the F-4s. 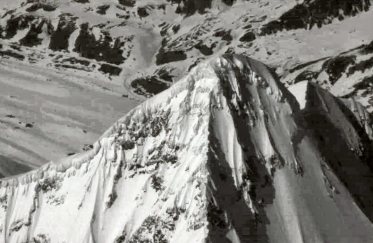 The security of Alaska, Canada, and ultimately the continental United States (CONUS) required six fully  armed F-4Es on active air defense alert at all times without interruption. They were prepared to launch in minimum time under any conditions to intercept and identify any unknown aircraft and if required, engage and destroy all hostile enemy threats. These armed F-4s were configured with AIM 7 E Sparrow radar missiles, the AIM 4 heat seeking infrared missile, the M-61, 20 mm cannon, loaded with 640 rounds of high explosive incendiary ammunition; and three external fuel tanks. Mission requirements necessitated the three tank configuration due to the vast area of responsibility and the lack of alternate airfields in the sparsely populated arctic wilderness.

Just prior to my arrival  to fly with the 43rd Tactical Fighter Squadron,  on May 1, 1974 an F-4 flown by Lt James D. Walker/Captain Duane Miller crashed while doing approaches at Eielson AFB, near Fairbanks.

Captain Miller was able to safely eject, but Lt Walker’s seat wouldn’t fire, so he had to dead stick the aircraft in after the engines flamed out. In the ensuing crash and fire, the rocket motor of Lt Walker’s seat fired, ejecting him through the aircraft canopy. On 2 May he was air evacuated to Brooks Army Medical Center, San Antonio, Texas; on the 6th he died from complications resulting from the fire and head injuries. The accident was attributed to a fuel problem in the aircraft.  1

This accident was especially close to me as we bought our home in Anchorage from Capt Walker’s widow, who sold it to us in July 1974.

In the 43rd ‘s operating theater was the most rugged, inhospitable and desolate terrain in North America. Jagged mountain ranges, freezing water temperatures, desolate expanses of snow, and chill factors often in excess of -100 degrees Fahrenheit existed which put a strain on the most thorough life support program. Across the entire state, there were only a handful of airfields capable of supporting F-4 operations. Flying in Alaska was flying in a genuinely remote area. Facilities were marginal at best; air-to-ground communications were often weak or unreadable. Air defense missions often took aircraft hundreds of miles from suitable airfields. Factors such as these would challenge the 43rd ‘s crews and aircraft throughout its stay in Alaska.

For the aircrews of the squadron, sitting alert was a major part of their tour. (At first, crews alternated every other day, but by 1972 a three and four day alert cycle had been established; this changed again in 1975 to a seven day cycle.)

It was not only aircraft that experienced extreme conditions, but the long absences  on alert from family took its toll on many marriages, with several of the men assigned to the 43rd being divorced while we were in Alaska.

It was a tough place to fly for so many reasons.

1  I would later in my time in Alaska find myself having major fuel transfer problems over a remote area, which might have necessitated an ejection, but that is a story for another time.