When I graduated from Nav School,  I moved on to the backseat of the F-4 and discovered I had to speak a whole new language.

First of all unlike Nav School, we didn’t turn left, we made a port turn, and concurrently went starboard, when we went right. This seemed to be a holdover from the F-4’s navy days. That was not the only thing that was different. I was no longer a navigator, I was now a WSO — a weapons systems officer, or more  often called by the pilot the GIB — Guy in back.  GIB was a term hearkening back to the days when there were two pilots in the F-4. So if I was the GIB what did we call the pilot — the FUF– the F’er up Front. 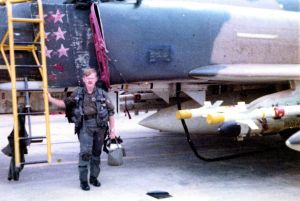 781 and form 5– As the GIB I usually filled out the 781 at the end of the flight. It was my job to note the flight time and then enter it on the form. Usually this was the actual time plus five minutes to allow for taxi and shutdown. If there was a problem, I often debriefed the maintenance folks about it. The 781 was the official record of that airframe’s time for that day and any maintenance issues. It also was a log of combat time for the plane, as well as combat time for the crew. The information from the 781 was sent to the flight records office which maintained the Form 5s which were the individual aircrew members records of their flight time. When we moved from base to base we hand carried these forms and turned them in at the new base. I still have my flight folder which documented not only my combat missions, but my night time, and simulator time.

SOF and RCR: As I gained experience I learned some other terms that also affected me. The SOF was the Superintendent of Flying and sat in the tower. He was the DOs (Deputy Commander for Operations) representative and was expected to be the initial person in charge when an emergency occurred. When I first started flying in the F-4 only pilots could be SOFs, but later GIBs shared the fun.

The fun was sitting in the tower for 2, 3, 4 or more hours and having really nothing to do unless there was an emergency. I guess the ACs felt that they needed to share all that fun with us GIBS, they didn’t want us left out. That said, usually when there was an emergency the first thing the SOF did was call the DO or ADO and brief him and then do what he said to do. In many cases it would have been better for the tower folks to have called the DO directly as the SOF really had little say in what happened. 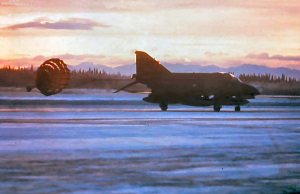 In Alaska I became the SOF for the first time and learned about RCRs as well. RCR was the term applied to condition of the Runway. Runway surface conditions could be reported by noting contamination, measuring runway friction, aircraft braking action, or using a vehicle equipped with a device to measure the braking condition. The best part being the duty officer was getting into the station wagon with the RCR device and racing down the runway and then slamming on the brakes and getting an RCR reading. It certainly was a lot more run than sitting in the tower.

There were many numbers also but one of the most important was 4,500. That was the minimum altitude to stay above enemy AAA — anti aircraft artillery fire. As we flew more and more in combat 4,500 AGL became very important.

Of course there were many, many more: FAC, LADD, SAR, ACM, FOD, CBU, EGT, MER, TER, I could go one, but let’s save them for another day. 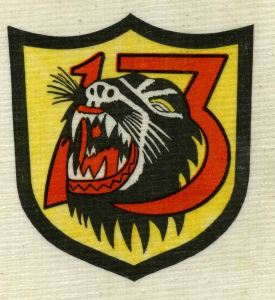