Care packages are in the news a lot this time of the year. With good reason, the holiday season is one of the worst times for American military men and women serving overseas. It is hard for those who have not served to understand this. Paramount is the feeling of disconnection – not being part of the world you are currently in and not part of the world you left.

I experienced this nearly 50 years ago during my time in Thailand during the Vietnam War. On a holiday, there may be a big feast planned at the officers’ club or chow hall, but it’s not the same.

Care packages were a way that home came to you. The modern concept of the “care package” may be dated to the period after the Second World War when “C.A.R.E.,” an international relief agency, sent packages to European civilians left in dire circumstances after the war. However, such boxes for troops probably date back to the founding of the Republic when military members often got packages with necessities sent from home.

Now care packages were always special, but sometimes relatives, in their eagerness to send things, did not think through the whole process. I once had a jar of jelly sent to me with no lid on it, only a wax seal that did not survive the heat of SEA en route and nicely coated everything with its contents in the box. Then there were the many cans of sardines that came my way. I had mentioned to my mother that I liked sardines and voila not only did she send me cans of sardines, all my relatives did. One would think that I was a very large Cat that flew the backseat of the F4 fighter for a living. Still care packages connected you with those far away.

In those long ago days of the Vietnam War there were no instant communications like email, Facebook or Instagram. Phone calls were an excruciating undertaking due to the about 12 hour time difference and the inability of the local operators to often speak or understand English. So phoning home seldom occurred, but letters and care packages were always welcome, even if the contents were covered with jelly or contained many, many cans of sardines. And the most special packages came at Christmas.

To send a box to Thailand nearly 50 years ago meant that my wife had to gather her few Christmas gifts for me in September and mail the box no later than the beginning of October to reach me on time. She had become very adept in making the perfect size cookies to fit exactly into a Pringles potato chip can, so each package had one or two cans of her cookies, and the requisite cans of sardines, smoked oysters, or potted meat. Sometimes there would be an audio tape that the family had made earlier in the year at a gathering. 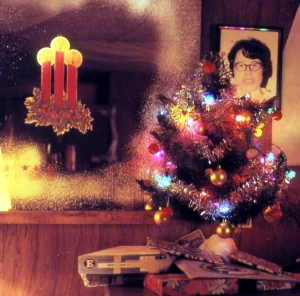 And for Christmas she included a small decorated tree which I placed in my room near my wife’s photo. There I sat listening to the tape, eating those special cookies, looking at that tree sent lovingly to me, and for a few moments was almost home.

Yes — the most special care packages came at Christmas.

A version of this story appeared in the Sunday Dec 8 Finger Lakes Times as an OpEd.