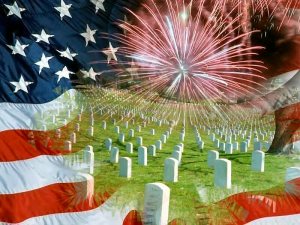 Popular music has often served as a useful mirror of our perception of veterans since the founding of the republic. The Civil War resonated with songs that were meant to support the war effort and the Union. As the success of the Union cause filled the North, the people looked to the boys return:

The praise of Johnny and support for the troops remained strong for the next 50 years. There was a sense of invincibility attributed to the American military. When 100 years ago the U.S. mobilized over 4 million military personnel during World War I, people were sure that the Americans would quickly bring an end to the war:

In WWII this was very much the same pattern. If the men went “Over There” again, they realized that it would be a much tougher fight this time to defeat the Nazis in Europe and Japan in the Pacific. Suffice it to say, this was the last war for a long time that popular music would support the American military. At the beginning of the Vietnam War, a song such as the “Ballad of the Green Berets” celebrated our military forces:

But it would increasingly be drown out by other voices as the war dragged on:

And it’s one, two, three,
What are we fighting for?
Don’t ask me, I don’t give a damn,
Next stop is Vietnam;
And it’s five, six, seven,
Open up the pearly gates,
Well there ain’t no time to wonder why,
Whoopee! we’re all gonna die. (Country Joe and the Fish, 1970)

The anger of these words quickly transferred to the veterans who fought the war. In the 1970s, the veterans returning did not receive Johnny’s hearty welcome home.  It would take more than a decade for the country to begin again to show strong support for our veterans.

Will support of our veterans continue to be strong? It’s hard to tell.

Wars such as Vietnam in the past were unpopular because they dragged on and on. As the current situation in Iraq and Afghanistan continues with no satisfactory resolution, Americans may again come to feel that this is a lost cause and the mirror will darken again:

Take a look around you, boy, it’s bound to scare you, boy,
And you tell me over and over and over again my friend,
Ah, you don’t believe we’re on the eve of destruction. (Barry McGuire, 1965)

Only time will tell. But, for the present, we take great pride in our men and women who have chosen to serve our nation:

And I’m proud to be an American where at least I know I’m free.
And I won’t forget the men who died, who gave that right to me.
And I’d gladly stand up next to you and defend her still today.
‘Cause there ain’t no doubt I love this land God bless the U.S.A. (Lee Greenwood, 1984)

And this is as it should be.

A version of the post appeared in the Sunday Nov 12, 2017, Finger Lakes Times newspaper.