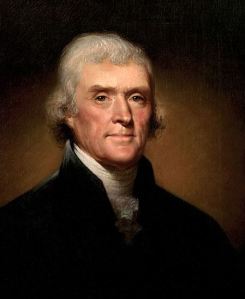 The topic of “fake news” has been in the media of late. Many Americans may believe that this is a new phenomenon; sadly, it is not. Fake news has long been one of the center pieces of American political life.   And lest anyone out there thinks I am pointing fingers at any particular politician, both parties do it.

In 1807, my great-great-grandfather John Norvell, then a 17 year-old boy, wrote a letter to President Thomas Jefferson asking him about his opinion of journalism as a future career. 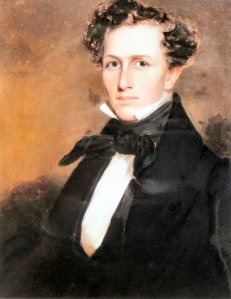 The letter went in part: “It would be a great favor, too, to have your opinion of the manner in which a newspaper, to be most extensively beneficial, should be conducted, as I expect to become the publisher of one for a few years.” Today is it hard to fathom anyone writing the President of the United States for career advice, let alone a 17 year-old boy from Kentucky. Yet Jefferson answered his letter in what has become his most famous pronouncement on the role of newspapers in American life and politics.

In a very long letter to young Norvell, in which he discusses history, and politics, Jefferson sadly noted: “I really look with commiseration over the great body of my fellow citizens who [have the] belief [reading the press] that they have known something of what had been passing in the world in their time….” Jefferson was clearly dismayed by what he saw as a politically motivated press filled with lies, errors, and in many cases fabricated news designed to hurt him.

This practice did not end when Jefferson left office. Dirty tricks, misinformation, false claims, distortions, half-truths, error-filled stories, misleading reports, and fiction became prime tools in American politics. Opponents spread the news that Andrew Jackson’s wife Rachel was an adulterer. In 1864, during the Civil War, Lincoln was reported as having signed a fake order to call up an additional 500,000 men – many less kind things were said about him– in the opposition press. Later in 1884, Grover Cleveland’s foes called him a philanderer, and charged that he had fathered an illegitimate child. In 1898, fake news pushed the country into the war with Spain. During the Second World War, some sources reported that Franklin D. Roosevelt sent a destroyer to the Aleutians to pick up his Scottie dog Fala at a cost to US taxpayers. Some later asserted that presidential candidate John F. Kennedy conspired to install the Pope in the White House. The list goes on and on to the present.

What is different today is the speed at which these stories propagate and spread. Whereas in the past, perhaps only a few people in Buffalo might have heard of Cleveland’s alleged love-child, today it would be all over the media.

Fake news is alive and well. It will continue to be with us, until people begin to take stock of the sources that they are getting their information from and really begin to think about what they read and hear.

Perhaps Jefferson had it right more than 210 years ago when he commented on the phenomenon of fake news in the political press: “The man who never looks upon a newspaper is better informed than he who reads them inasmuch as he who knows nothing is nearer the truth than he whose mind in filled with falsehoods and errors.”

John E. Norvell is a retired Air Force Lt Colonel, decorated air combat veteran of the Vietnam War, and former Assistant Professor of American and Military History at the U.S. Air Force Academy. He has written freelance for the Washington Post, the Middle Tennessee Journal of Genealogy and History, and for several newspapers around the country.
View all posts by jenorv →
This entry was posted in American History, John Norvell, Journalism, politics, Thomas Jefferson and tagged dirty tricks, Fake news, FD Roosevelt, Jefferson, Journalism, Lincoln. Bookmark the permalink.