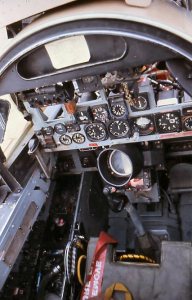 Now don’t get me wrong, I have nothing against technology.

I flew F4s, the technologically most advanced aircraft in the early 1970s. So over the years, I have learned a lot about tweaking new technology.  I could run a radar, drop bombs, place a laser on target, and pretty much deal with anything that was demanded.

At home, I even could program the VCR and set the clock, set up the stereo, and hook up an HD TV.  So Windows I usually take in stride.

Windows isn’t the only change in our lives.  This actually has been a summer of dealing with new stuff.  First we bought a new car with Onstar, XM radio, many other new features, and a car fob that unlocked the doors, trunk, etc.  Now you would have thought of all these things, the car fob would be the least of the problems.  Well yes and no.   So what is there about a car fob that is tricky, well for one thing, if my wife or I leave it in a pants pocket and pressure is put just right it pops the trunk.   The first time it did that, we had just pulled out of a parking lot and I looked down at the dash and there was a message: “The Trunk is Open.”

So my wife got out and shut it.  That seemed to be the end of it for a while and then it happened again.

Having worked with the logic of cause and effect, something our cat can’t quite comprehend, I knew that my key was in the ignition and that since her’s was in her pocket, she must be pushing the release when she changed position.  Of course  I smugly felt it was all her doing, until one day when I came out of the house and the trunk was open.  Since she had put her keys on a hook, I must have popped it.    So now neither of us has the key in our pockets.   I am still a bit paranoid about coming out of church on Sunday and finding the trunk popped.

Which brings me to Windows 10.  Initially I had planned to stay with Windows 7, which was doing a pretty good job.

No “Blue Screens of Death,”  as Windows XP used to give me every now and then.

No problems loading software as Windows Vista often created – a prime example:  On my wife’s laptop Windows Vista would not install Windows Vista updates.   It would give us a message:  “Windows update available.”  We would tell it to install it, and then – the next time we would get the same message.  And while one might think this was for a new update, but it didn’t seem to be.  So we finally shut off automatic updates and that is the way we used the laptop for about two years.   Windows Vista operated in ignorant bliss, not updated and more or less chugging along at less than light speed.

Which brings me back to Windows 10.  I had been having problems with my mouse in Windows 7, it didn’t want to double-click anymore: both wired and WiFi mouses I tried (see I told you I dealt with technology before).

The first day the start menu stopped working.   Using hot keys were the only way to shut it down.  Then Windows seemed to heal itself.  I suspect that an update was installed behind my back, as a quick perusal of Google indicated other folks were having the same issue.

The second day the printers wouldn’t work.  Systems restore seemed to correct that.

The third day I found that I couldn’t save any WordPerfect files unless I ran the program as an administrator, which I didn’t want to do.  By now I decided that I had to game the system and went to the documents properties and changed them all to allow all home group members to write and save to them.  This is something that I as the administrator should have been able to do.  But Windows 10 somehow made them read only.

So now we are on the fourth day and Windows 10 and I seem to have reached a point in our “Cold War” of “Peaceful Co-Existence.”  I know in my heart, I may have won a few battles.

But somehow I have a feeling the war is not over.

I just discovered that windows media player won’t play movie files, so the battle goes on…..

John E. Norvell is a retired Air Force Lt Colonel, decorated air combat veteran of the Vietnam War, and former Assistant Professor of American and Military History at the U.S. Air Force Academy. He has written freelance for the Washington Post, the Middle Tennessee Journal of Genealogy and History, and for several newspapers around the country.
View all posts by jenorv →
This entry was posted in American History, Norvell Family History, Technology, Windows and tagged Technology, Windows 10. Bookmark the permalink.